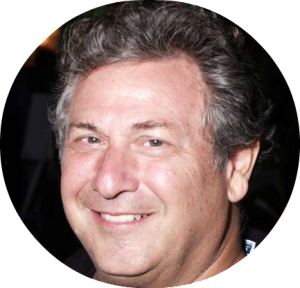 After a unique career spanning four decades starting in Chicago, Allen retired in 2013 as chief communications officer for Avnet, Inc., the Phoenix based Fortune 500 company and one of the world’s largest technology distributors at $27 billion in revenue. Since 1998 he had an impact on its brand and employee engagement based on his communication programs, community relations and PR efforts including Fortune naming Avnet as “most admired company” in its category 5 years in a row.

He was honored as Volunteer Executive of the Year by the Phoenix Business Journal in 2009. In 2017 he was named to the Association of National Advertisers Hall of Fame of Marketers in the US. Recently in November, 2018 given the Governor’s Celebration of Innovation Judges Award for lifetime service to tech industry and nonprofit and community efforts.

Prior to joining Avnet, he graduated from the University of Illinois in communication design. Al also ran his own public relations and communications consultancy, had served as director of advertising and communications for Molex, a manufacturer in the technology industry for 14 years in Chicago, and as director of strategic planning at Cahners Publishing (later named Reed/UBM) for 5 years. Few marketing people have worked on the manufacturing, distribution, publishing, nonprofit and agency side.

Today he is a terrible example of a retired person. He is the founder and CEO of a small boutique agency focused on a variety of nonprofits…Maagcommplus in Tempe, Arizona. The Veteran Tickets Foundation organization has been their lead client since day one. He serves as their CMO and is responsible for the brand, PR and marketing of this outstanding group serving those who gave. Other nonprofit clients currently include the Boys and Girls Clubs of the East Valley and Arizona Golf Assocation.

Al has or is serving on quite a few local boards, including Goodwill, the PBS community advisory board, Taliesin West stewards, the Phoenix Sports Commission and his favorite, the past President of the Miracle League of AZ for handicapped children and teens to play baseball in Scottsdale.

He has always taken his role as an educator seriously in the business to business marketing arena. He was a national board member of the Business Marketing Association and named Chairman one year. Upon retiring he was hired as the Executive Director. He founded the Phoenix Chapter and very proud to have started the annual Tech Marketing Summit in collaboration with the Az Tech Council, which is still organized today. His team along with New Angle Media created a robust website and biweekly blog on marketing ideas for nonprofits, Giving Hope AZ. He is also a consultant, speaker and blogger on marketing and book author, Social Media isn’t Social.

His passions include being the co-founder and historian of the Chicago 16 Inch Softball Hall of Fame, with his family the organizer of the Maag Toy Foundation since 1991 and an avid Cubs fan. Married with one son.