Our very own gyro Al Maag ft. his fourth article on Forbes today Is Social Media Getting In the Way of Face Time? We think so….. Tell us what you think! Check it out!

One of four features on Forbes:

How My Gang Of Friends Prepared Me For The C-Suite

For Better Or Worse: How Social Etiquette Has Changed

Social Skills From A Simpler Time

Six years ago, Tempe resident Al Maag was asking people to start using social media. Now, hes begging them to get off their phones.

The former chief communications officer of Avnet Inc., a phoenix-based technology distributor, has release a new book called “Social media isn’t social,” which talks about the need to balance life and the internet.

” you’d be a fool not to be using it,” he says of technology, but social- media connections can’t replace true connections with people.  Read More 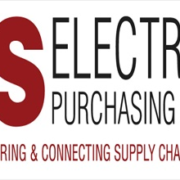 In the world of business journalism, a company’s corporate communications manager can be a barrier to the press or a gateway into the internal workings of an organization. One of the best in the business, Al Maag, is retiring from Avnet Inc. this month.

My first professional interaction with Al – then a PR person for Hamilton/Avnet – was as a newbie reporter on the electronics distribution beat for an electronics trade publication. One of Hamilton Electronics’ longtime executives had announced his retirement, signaling the end of an era defined by the now-legendary Tony Hamilton. Without really understanding the back-story of the Hamilton/Avnet merger, I naively called this executive for a comment.

I had set off a firestorm… Read More